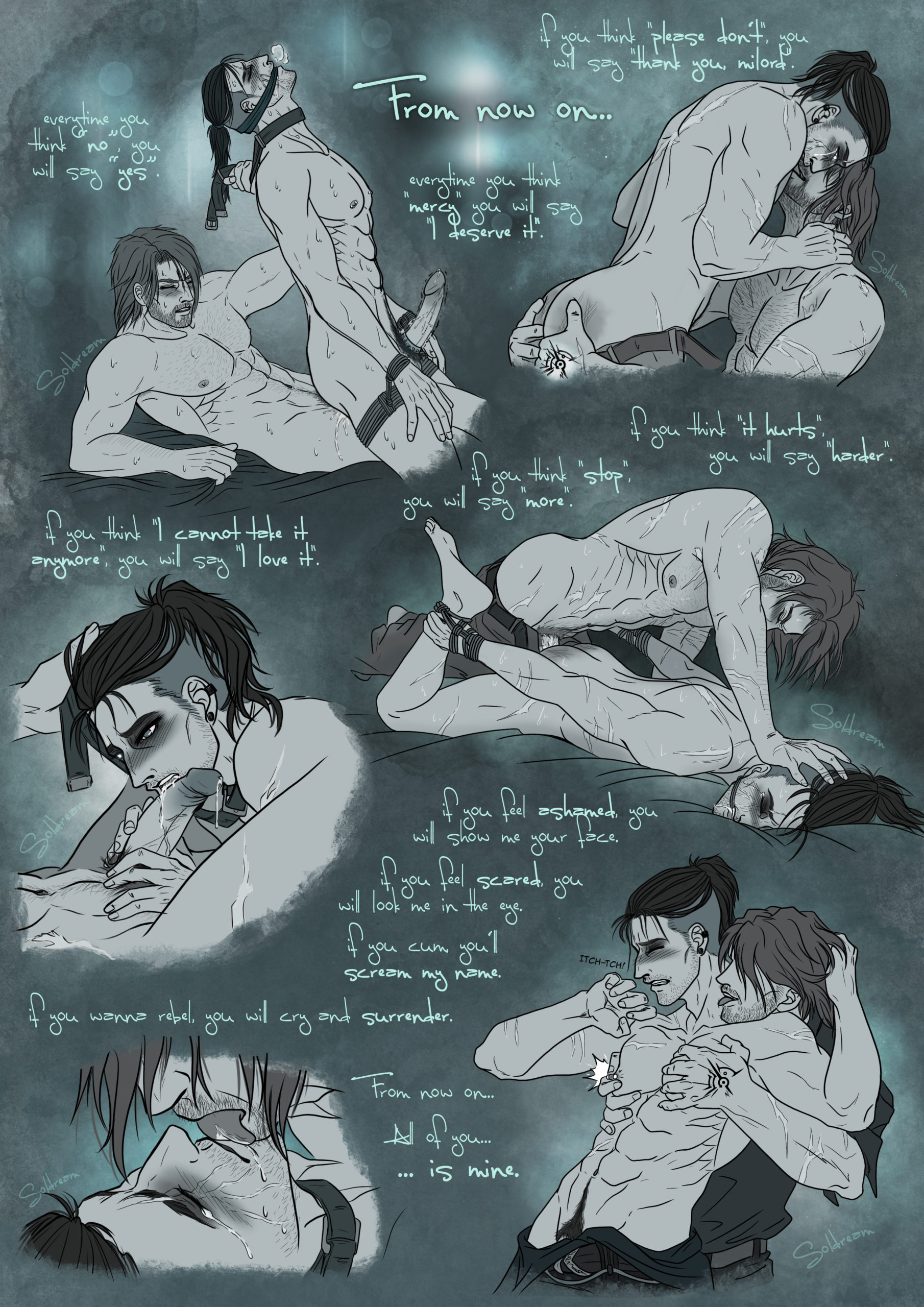 Published by InChainsArt on June 8, 2020

Aaaaand some intensive gay yaoi #nsfw hot poses and studies with #Corvo and #Garrett 🙈🙈 Just a few doodles, inspired by the last chapter I wrote along with @punk_bandit, where Corvo dominates the thief and sets the rules for Garrett to follow… which are not easy indeed! 🙈🤣😅 Specially for Garrett, who is undoubtedly a brat submissive (even a bit tsundere sometimes XD).

Calling Corvo “milord” has a nice ring, doesn’t it? 🤣 I already have a lot of submissive characters who say “master”, “sir”, “dom” and all the old-school stuff. But in this case I think “milord” has more sense, specially when Corvo used to be a noble until the empress died.

About Garrett’s new scars, nope, they are not canon. He gets them after a hard torture by other NPC during the story.

I think I’ll be back to Master and Carlnes after this, even if it was just a couple of #doodles it was quite intense to draw! >///w///< And I missing the two brothers a lot 🙁 Also, I would like to draw some of Leon and Derek again ❤❤ What do you think guys?

Some of the references I used: one, two, three.